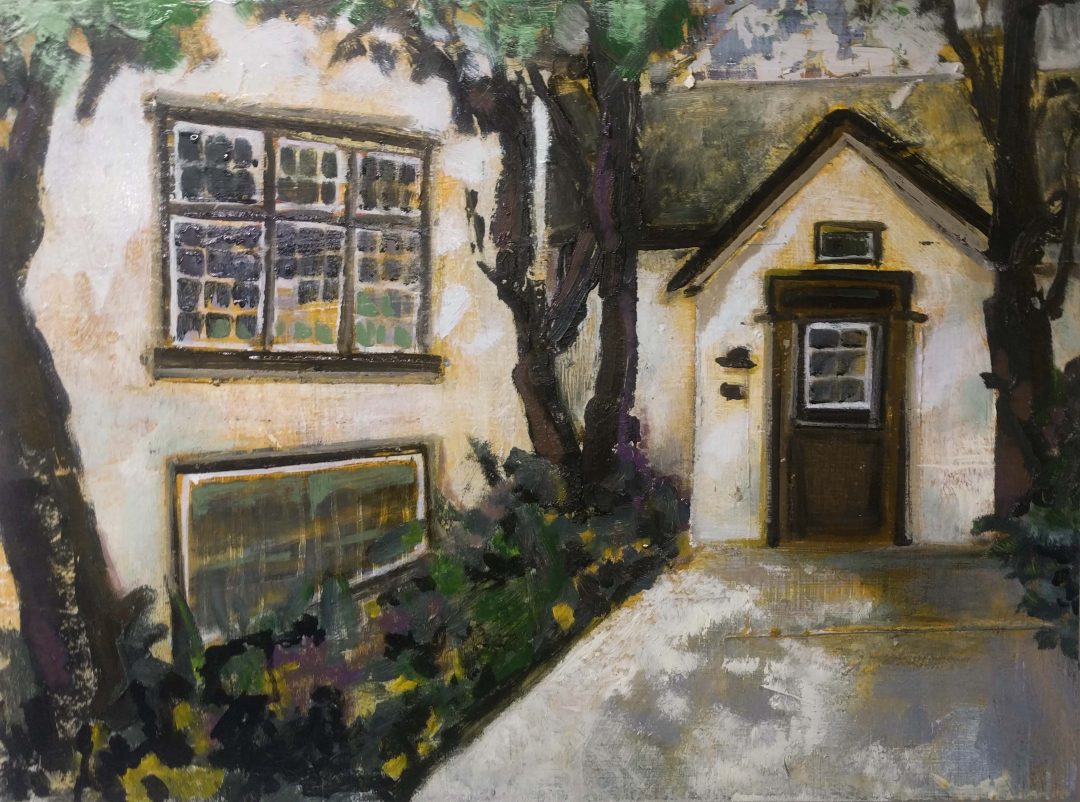 I lived in this “dorm” during one half of my years in college with my best friend Anne. I put “dorm” in quotes because the housing is precisely what it sounds like — a re-purposed housing facility that was intended for faculty originally. If I remember correctly, it was pretty eccentric housing with lots of odd corners and dark wood paneling. It would be the perfect setting for a film noir mystery. I have mostly good memories of this place, although the persistent distortion of my memory is reflected in persistent distortion of the building itself.

My strongest memory of this room is the time that, inexplicably (but likely through extreme drunkenness) a male friend of mine passed out in the chair by the window until the wee hours of the morning. I woke up before him and noticed that he had a giant erection poking through his boxers while he slept…which presented me with the first opportunity I had ever had to really look closely at a man’s apparatus without the bearer of the erection being aware. I remember being fascinated, embarrassed and completely unprepared to handle anything gracefully. So I did what any sane human would do: I rolled over in bed and pretended to sleep until he woke up, put his pants on and left. I’ve never said a word about it until just now.